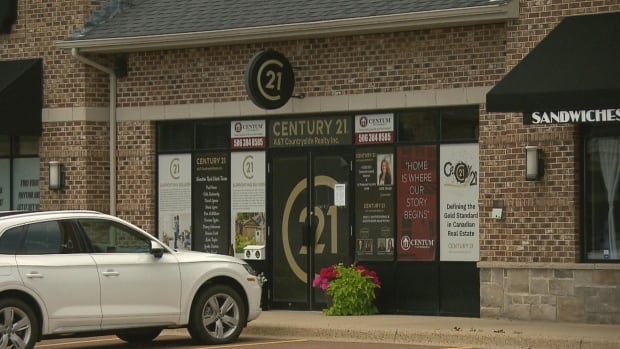 More information has emerged about allegations against a New Brunswick real estate agency that a regulator wants to shut down.

The Financial and Consumer Services Commission announced Tuesday that it has filed an application to revoke the license of Century 21 A&T Countryside Realty Inc.

However, few details were offered beyond a press release. The Financial and Consumer Services Tribunal, which would hear the application, released a copy of the statement of allegations on Wednesday. The statement names the agency and a manager as respondents.

The document alleges that there were repeated instances in which a trust fund account had insufficient funds compared to what it should have held, funds were used “for purposes other than the terms under which they were received”, funds were withdrawn before they should have been, and there were complaints about the late payment of commissions.

In the period between the acceptance of an offer and the closing date, a buyer may be required to provide a deposit.

The Realtors Act states that when an agent receives a check on deposit with an offer, the money must be placed in a trust account when the offer is accepted.

A&T Countryside Realty did not grant an interview. In a statement to media on Wednesday, the agency said it takes the allegations seriously and has devoted “considerable time and resources to responding” to the commission’s requests.

“Century 21 A&T Countryside Realty Inc. will defend the allegations and welcome the opportunity to tell their side of the story in court,” he said.

The agency’s statement said it disputes the commission’s press release issued on Tuesday because it does not contain all the facts and could be misinterpreted.

The statement did not address some of the more specific information presented in the Statement of Allegations. A lawyer representing the agency did not respond to a request for an interview.

The release says the agency opened its first office six years ago in Moncton. The commission said the agency now has 24 salespeople with offices in Fredericton, Rothesay, Saint Andrews, Shediac and Campbellton.

The complaint names a manager who had worked at A&T’s Moncton office since 2016. It says this person oversees agent sales records by ensuring proper document management, record keeping and account administration. in trust.

The alleged violations largely focus on trust accounts, claiming the rules have been repeatedly violated.

The respondents also do not appear to regard the repeated breaches of the trust accounts as serious, as they have not corrected the deficiencies brought to their attention.– Declaration of allegations

It indicates that the agency’s attempts to achieve compliance over several years have not led to changes in practices.

“The Respondents also apparently do not view the repeated breaches of the Trust Account as serious, as they have failed to correct the deficiencies brought to their attention,” the document states.

The statement of allegations says the agency has 30 days from receipt of the document to file a notice in which it intends to defend itself. It’s unclear how long it will take for the court to hear the matter and make a decision.

In the media statement that it would defend itself in court, the agency said it would “continue to work with [the commission’s] reasonable and necessary requests.” He also said the agency remains open and operational.

New Brunswick RCMP spokesperson Sgt. Nick Arbor said the force had not received a complaint about the agency.

The Real Estate Association of New Brunswick, which co-regulates the real estate industry with the Financial and Consumer Services Commission, did not grant an interview.

In an emailed statement, he said only that he respected the commission’s role in “taking all necessary steps to initiate enforcement proceedings in the interest of protecting the public.”

The association referred all other matters to the commission. The commission in turn said it would not comment and directed CBC News to outline the allegations.